Powerstories Theatre, in collaboration with Thrü-Line, A Theatrical Production Company, is proud to have presented the inaugural Voices of Women Theatre Festival, showcasing local and national plays to a global audience. The festival was a hybrid of live-in-theatre productions and live-streamed prerecorded performances online virtually.

From shorts and full-length plays, a mixture of comedies and dramas, family-friendly content to adults only, we hope you enjoyed our diverse selection of topics from female playwrights locally and from around the country.

The festival ran from October 6 through October 17, 2021.  After each matinee and evening production, the playwright, cast, crew, and audience met online for a Zoom talkback online or live from the theatre.

In McClintock’s Corn by Carolyn Gage (Maine) RATED PG
The entire play is set in a cornfield. The play is about gender-non-conforming, neurodivergent geneticist Barbara McClintock and her companion/partner Harriet Creighton, and McClintock’s revolutionary quest to understand diversity in nature and to reframe “deviance” as an expression of natural variance.
ONLINE VIRTUALLY

See Thrü Women: A Night of Short Scenes
(This will be a selection of scenes from 5 female playwrights from across the country) After Class RATED G, Broken Glass RATED G, Wish Me Luck RATED PG-13, The Contest RATED R, Slide Rules RATED G, Studio RATED R, The Towel Lady RATED PG, Arithmetic of Memory RATED PG, and Patron of the Arts RATED R
LIVE ON ZOOM/PRE-RECORDED IN THEATRE

No Fall My Hand by Amy Losi (New York) RATED PG
A traumatized hospice nurse from Nigeria, and an older woman caring for her terminally ill ex-husband, meet in a hospital ICU wing and discover that they share a common history of spousal abuse. By the end of the evening, they learn that their bond is even stronger than they realized.

Once Upon Uhhh…. by Deborah Bostock-Kelley (Florida) RATED PG
A frazzled playwright facing writer’s block, filled with self-doubt attempts to write a play under a tight deadline, while her characters act out what she is frenetically describing.
BOTH ONLINE VIRTUALLY

My Year of Saying No by Janice Creneti (Florida) RATED PG
Under the weight of a global pandemic, a woman begins the journey of confronting what isn’t working and making room for herself in her own life.
IN-THEATRE AND ONLINE VIRTUALLY

No Justice by Dana Hall & Kenisha Morgan (Illinois) RATED PG-13
Justice (Kenisha Morgan), a Black law school student in Illinois on lockdown during the pandemic, has been referred to a therapist when her mother turns ill back in her small hometown. When the therapist, Dr. Myers (Ruth Hansen), turns out to be white and there are no Black therapists on the school’s staff, racial borders must be reckoned with as the two struggle to address Justice’s crisis, as two national crises unfold at the same time. Writers Hall and Morgan leaven pointed cultural criticism with humor to deliver this one-act drama.
ONLINE VIRTUALLY

Meet You Downstairs by Katy Copeland (New York) RATED R
Meet You Downstairs is a queer serio-comedy that follows Kit as she ferociously tries to come up with any label that appropriately defines her sexuality. We see Kit stumble through her 20s, attempting to unpack the complexities of love, sex, relationships, “infidelity” and what it means to be queer in a heteronormative world.
ONLINE VIRTUALLY

Jeannette Rankin Fights Back by Beth Urech (New Mexico) RATED G
Beth Urech portrays the first woman elected to Congress in 1916. Jeannette Rankin fought for women’s suffrage, opposed war and proclaimed the electoral college and two-party system out of date. As her cousin, Beth is proud to bring Jeannette to life.

Holy Inappropriate by Allison Fradkin (Illinois) RATED R
Here’s the story of a lovely lady who is bringing up three very lovely girls…in the Christian Patriarchy Movement. Now that all three are officially members of the premarital sex, it’s time for Mom to teach them about the birds and the believers, but what happens when she discovers that the disciples at her disposal are neither disposable nor…dispassionate?
BOTH ONLINE VIRTUALLY

Thru-Line’s Elective Amnesia by Gretchen Suarez-Pena (Florida) RATED R
There’s a new treatment available where you can choose to have your memories removed or altered to eliminate and address trauma and depression. Simra has battled a life of clear, plaguing memories. Because she can’t change the past, she sets out to change her mind instead.
LIVE ON ZOOM

L’Artiste, It’s French by Joi Banks (Florida) RATED PG-13
L’ Artiste, It’s French is a comedy that follows Zena King, a sophisticated millennial entrepreneur and her fun-loving friends as their branding agency takes on a client that might be the next Basquiat.
IN-THEATRE AND ONLINE VIRTUALLY

Neechie-itas by Jo MacDonald (Canada) RATED PG-13
A chance encounter finds Spencer and her three Neechies catching the man who almost ruined her life. Now they just need to convince the cops the “smoking gun” was fired in the name of justice. Honest.
ONLINE VIRTUALLY 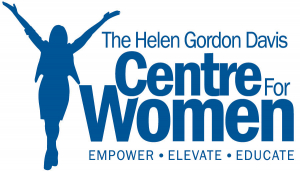 Want to support the Arts? Become a Voices of Women Theatre Festival sponsor and enjoy three different levels of benefits and recognition.

In order of festival appearance 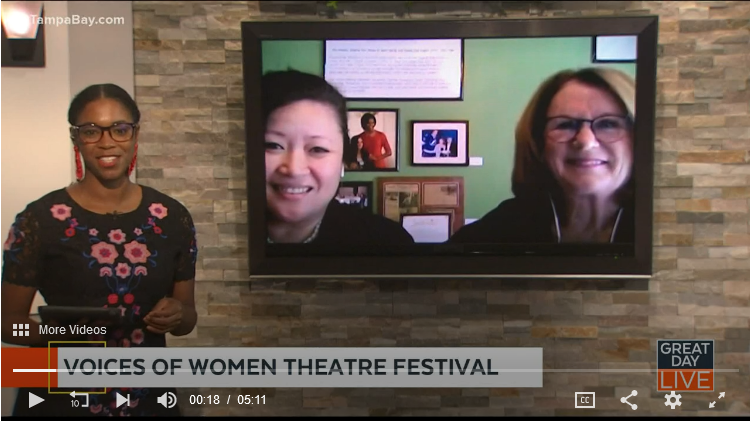 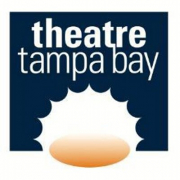 This site uses cookies to ensure your best browsing experience.

We may request cookies to be set on your device. We use cookies to let us know when you visit our websites, how you interact with us, to enrich your user experience, and to customize your relationship with our website.

Click on the different category headings to find out more. You can also change some of your preferences. Note that blocking some types of cookies may impact your experience on our websites and the services we are able to offer.

These cookies are strictly necessary to provide you with services available through our website and to use some of its features.

Because these cookies are strictly necessary to deliver the website, refusing them will have impact how our site functions. You always can block or delete cookies by changing your browser settings and force blocking all cookies on this website. But this will always prompt you to accept/refuse cookies when revisiting our site.

We fully respect if you want to refuse cookies but to avoid asking you again and again kindly allow us to store a cookie for that. You are free to opt out any time or opt in for other cookies to get a better experience. If you refuse cookies we will remove all set cookies in our domain.

We provide you with a list of stored cookies on your computer in our domain so you can check what we stored. Due to security reasons we are not able to show or modify cookies from other domains. You can check these in your browser security settings.

These cookies collect information that is used either in aggregate form to help us understand how our website is being used or how effective our marketing campaigns are, or to help us customize our website and application for you in order to enhance your experience.

If you do not want that we track your visit to our site you can disable tracking in your browser here:

We also use different external services like Google Webfonts, Google Maps, and external Video providers. Since these providers may collect personal data like your IP address we allow you to block them here. Please be aware that this might heavily reduce the functionality and appearance of our site. Changes will take effect once you reload the page.

The following cookies are also needed - You can choose if you want to allow them: